Connor Cravens made Band of Angels and all of its supporters proud on Sunday, June 13th as he officially became an Eagle Scout.

Band of Angels first met the Cravens family when Connor and his older sister and fellow Band of Angels student Morgan first walked into Meyer Music. Connor and Morgan had a tough start, losing their father at an early age, they recognized that music had brought them comfort during their hard times. Inspired by its warm and colorful sound, Connor developed an interest in the saxophone. He continued working hard, practicing his saxophone and attending Midwestern Music Camp year after year at the University of Kansas, where he was able to further his musical studies, eventually becoming one of the top players in the state. The University of Kansas School of Music, along with Band of Angels helped make these educational opportunities available for Connor and his sister Morgan during such a difficult time in their lives. Through their struggles for several years, music saved them.

A gift of an Alto Saxophone took Connor by surprise. 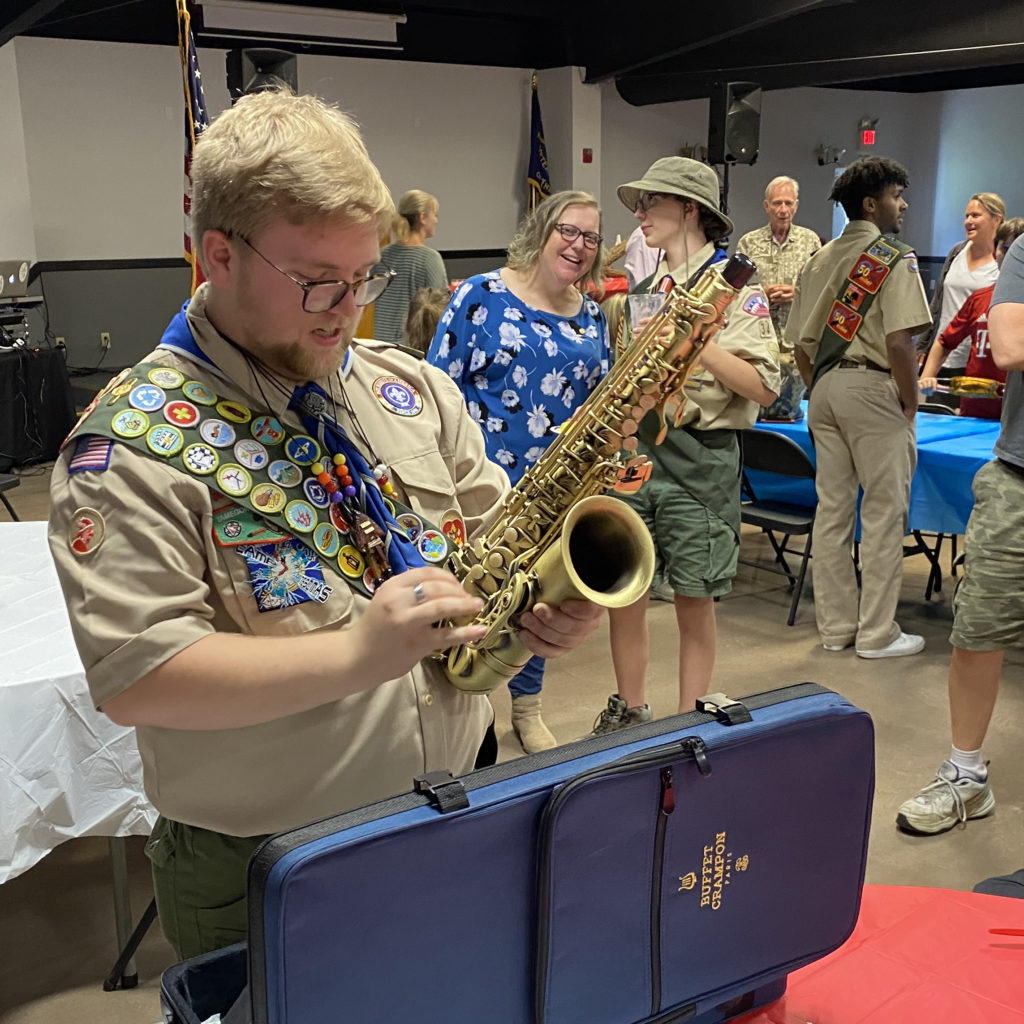 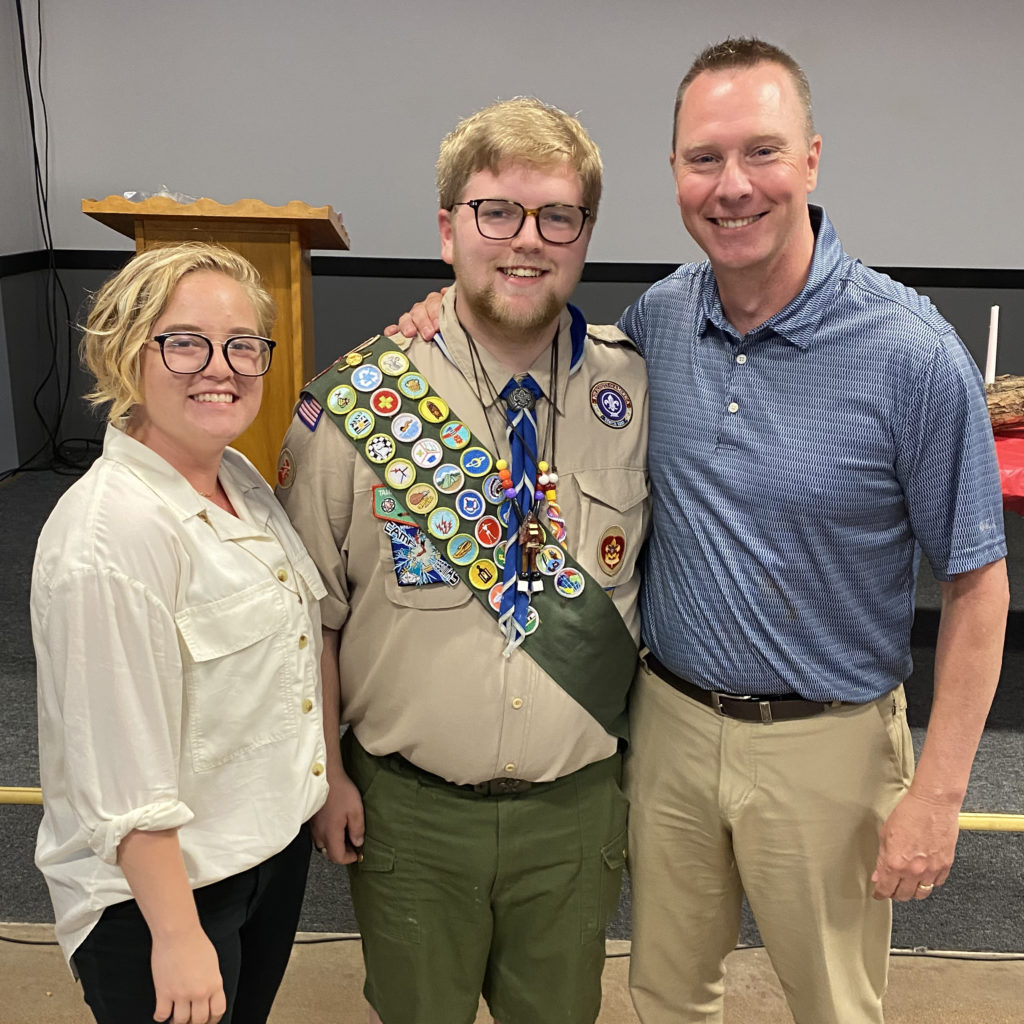 As he began to grow as a musician, gaining a beautiful tone and increasing his technique, he and Morgan were invited to play alongside Yamaha artist George Shelby at the annual Heart Strings Gala in 2015, one of the largest fundraising events for Band of Angels. At the event the previous year Morgan was invited to play on her own and as an audience member, 6th grade Connor met François Kloc, President and CEO at Buffet Crampon USA. This event just happened to be a few days before his birthday, and François asked Connor what he wanted most for this special occasion. Connor’s response? A Baritone Saxophone. So impressed by this young man and his eagerness to further his musical journey, François and the Buffet Crampon family were able to make this dream come true, sending a brand new bari sax to Connor. He received the baritone saxophone at one of his band concerts where Band of Angels Chairman Mike Meyer was able to present it to him in front of all of his peers. 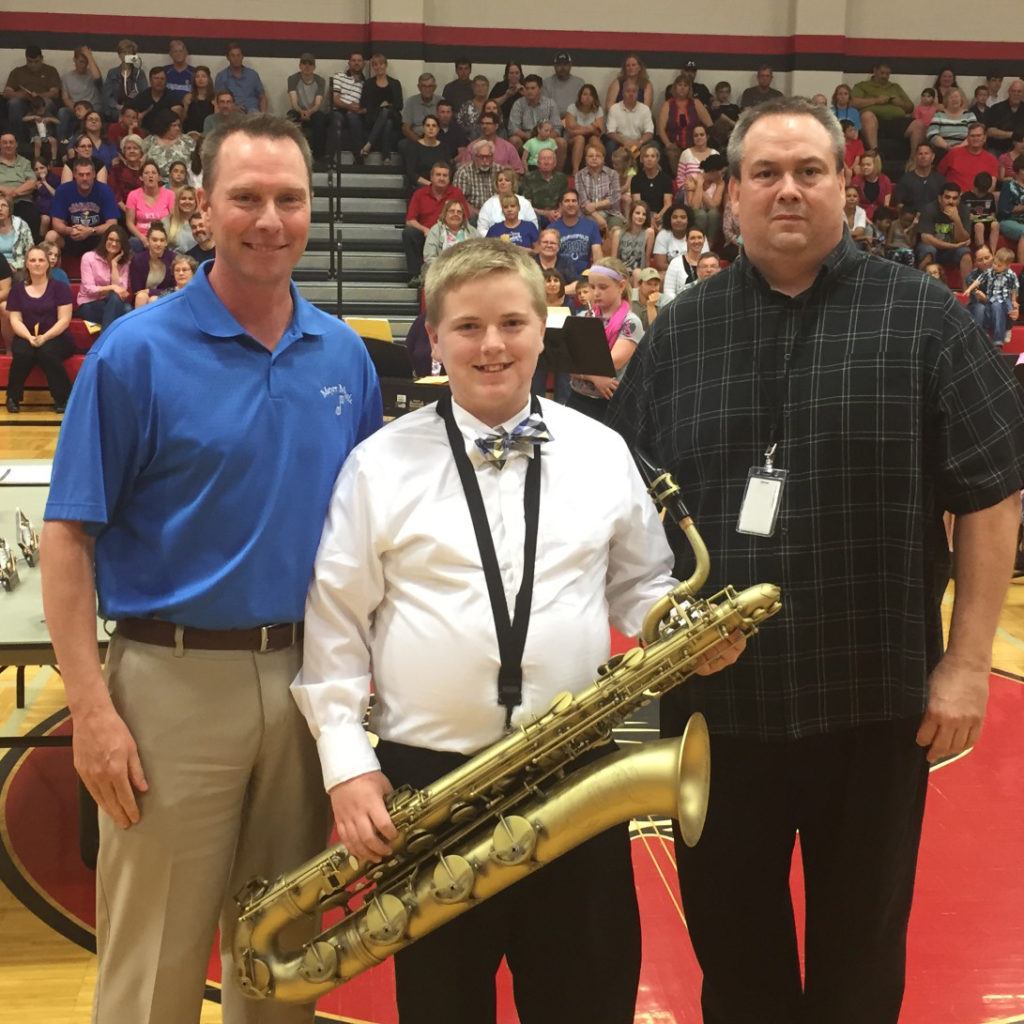 From Fledgling Musician to a Young Leader 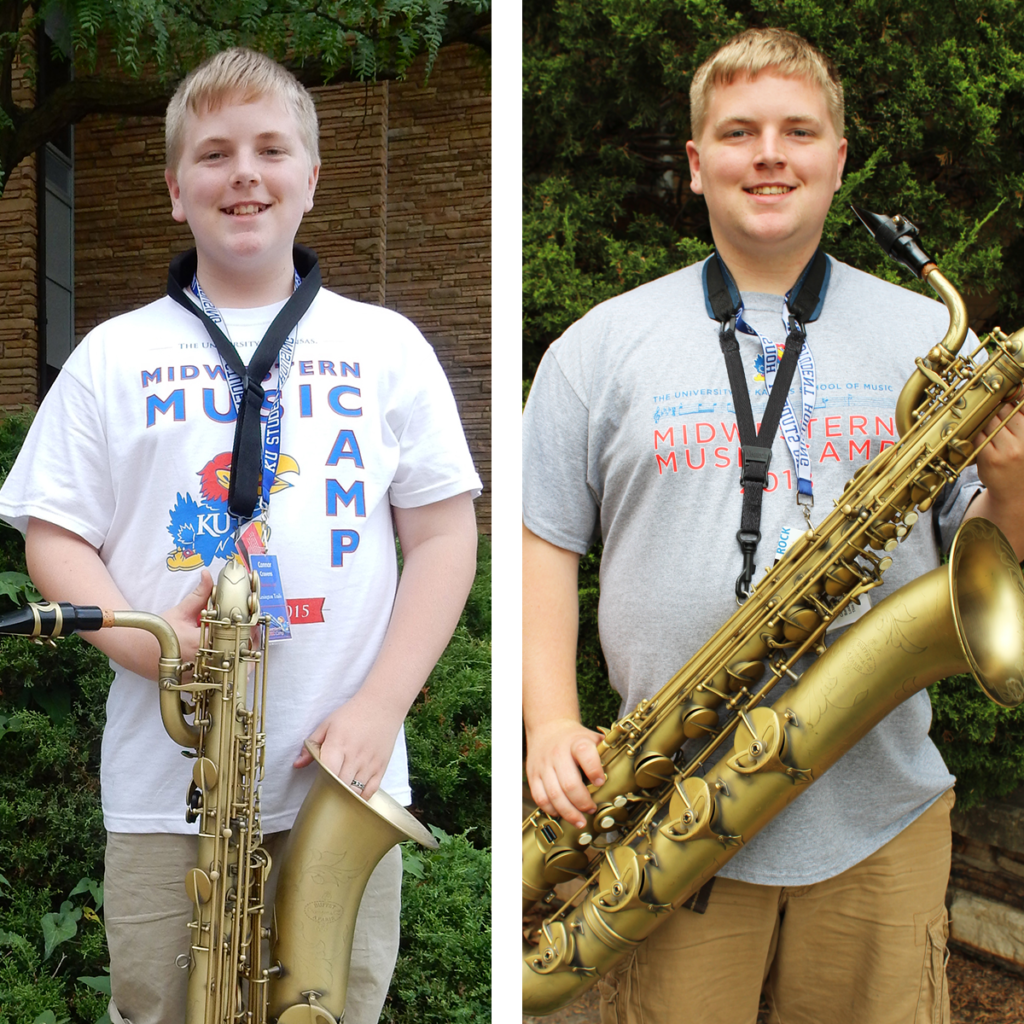 At the Eagle Scout Court of Honor, Connor was celebrated for his hard work, perseverance, and character. He invited those most important to him to attend this special ceremony, and Mike Meyer was asked to join in the celebration.  Mike was presented with a mentor pin at the ceremony as a person who has had a large impact on Connor’s life. Connor made these choices based on his journey and who helped him make it to where he is today. Connor was 11 when his dad passed away and it has been tough to do all of this without him, but the help of others, such as Mike Meyer, has given him the motivation to keep going. When Mike was asked to speak he stressed that this tremendous accomplishment of becoming an Eagle Scout was so important and that much like music, it is something that can never be taken from him. Mike has been such a solid rock for Connor along with Band of Angels and none of this would have been possible without the organization.

As a nod to Connor’s hard work, his aunt and uncle surprised him with an Alto Saxophone to match the Bari Saxophone from Buffet Crampon. This will be a great addition on his journey to Pittsburg State University in the fall as a plastics engineering major and a minor in music. Music gave Connor hope in such a dark time of his life and he continues to spread the joy of music by teaching lessons to younger students.

During the Court of Honor ceremony, Connor noted that many people aided him on his path to success including Band of Angels, the University of Kansas, Buffet Crampon, and countless others along the way.

The hard work and persistence of this talented young man will continue to lead him toward a bright future, impacting many lives.

Related Articles
Rockstars Class of 2021
Last Summer, Band of Angels and FOX4 KC Surprised the Marching Cobras with New Drums!
Charles gets a professional trumpet from Band of Angels